Welcome wild readers to another Reading Round-Up, where we take a look at the books that I’ve had round the shelf f recently, but can’t quite fit into the usual blog schedule.Today’s round-up features a whole bunch of books with an odd element – odd characters, odd worlds, odd takes on old favourites – and most of these offerings are fit for middle-grade readers and older.  Mounts at the ready? Let’s round ’em up!

Kyp finds himself lost in a strange world of discarded things when his not-parents commit an act of treachery.  It is up to Kyp to use his wiles and protect his Elsewhere Light as he fights his way past the deadly detritus of human memory and makes his way home.

Gomm has created a new and different world from a concept that has endless possibilities.  Like a beautiful hybrid between Labyrinth and Attica (one of the shelf’s favourite ever books, by Garry Kilworth), the story weaves between danger and discovery with something unexpected at every turn.  Filled with incredible descriptions that bring the story to life, the only thing missing here is a slew of pen and ink illustrations to round things out.

Strange new worlds, now where did I put that, anthropomorphic furniture, treachery and betrayal

Check out my Goodreads review here!

Doctor Who: Lights Out (Holly Black)

An alien with an unfortunate past finds itself next to the Doctor in the queue for the third-best coffee in the universe.  Unfortunately, a number of their fellow queue-ers (queueees?) don’t survive to get a stamp on their loyalty cards.

Hey, it’s the new Doctor so it’s as good a chance as any to get to know more about him outside of the television representation. Also, this is Holly Black’s first ever contribution to the Doctor Who stories and she’s done an alright job here.  As this is part of the eBook Shorts series featuring a different Doctor per story, it’s also an excellent opportunity to dip a toe into the storybook world of the Doctor in a super-quick, achievable in one sitting read.

Lights Out is also going to be my entry in Category 3 of the Small Fry Safari Kid Lit Readers Challenge for this year – a book with a specific time in the title. Which means I only have one category to go – wahoo!

And now I bring to you an offering in my Fairy Tale Makeovers Review Series – it’s been a while I know, but to make up for the time you’ve had to wait I now present you with two reimagined tales. 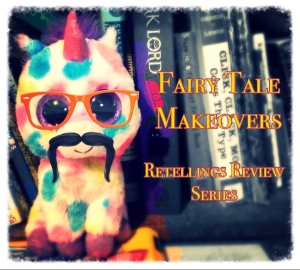 Moldylocks and the Bear (Bertram Boo)

Moldylocks loves bears and can’t wait to audition for the main bear role in the town production of Grizzlylocks. When real bears move into town Moldy sees an opportunity to discover how to go full bear and win the part – but only if the machinations of the Stinkpot family don’t see the bears run out of town first.

Fairy tales and zombies are a natural pairing really, aren’t they?  This is the second offering in the Plainfield Chronicles, which started with Scar and the Wolf, and is significantly longer with a plot that features the difficulties of interspecies (and inter-life-status) relations, alongside a coming-of-age, becoming your true undead self, feel-good story.  It’s the perfect antidote for those who are well and truly over the saccharine sweet Disney versions of the traditional fairy tale. 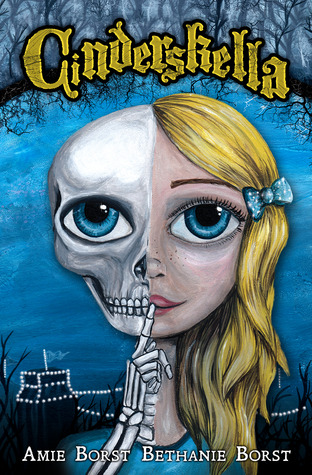 After her mother’s death, Cindy discovers that she has the power to turn into a skeleton at night. Can Cindy turn this curse into a blessing or is she destined to gross-out potential dates forever?

This is a surprisingly complex and original take on a tale that has been reimagined to the nth degree. While the narrative style is certainly pitched to appeal to pre-teen girls, there is a really enjoyable story with plenty of original elements waiting to be discovered by those outside this age-range.  Plus, there are some classically terrible bone-related puns in here that can be tucked into your repertoire for later use on unsuspecting passers-by.

I hope one of these oddities has sparked your interest enough to go out and round it up.  Stay tuned tomorrow when I participate in the Getting to Know You blog hop and giveaway – there’ll be another chance to win some of my favourite books, odd and otherwise.