It’s time to unleash my psyche’s personas once again, appropriately enough to review young adult offering, Alice and the Fly by James Rice.  I received a copy of this one from the publisher via Netgalley (drawn in, once again, by the beautiful cover and the promise of content relating to mental health – I’m becoming predictable, aren’t I?).  Unfortunately however, these intriguing lures did not result in my arrival in readers’ paradise.  But let’s press on anyway, shall we?

It’s safe to say that Greg is a bit of an outsider.  Shunned by his peers and watching life from the bus window (when he’s not getting soft drink poured over his head), Greg records his thoughts in a notebook given to him by his would-be counsellor and actual teacher, Miss Hayes. As Greg records various traumatic incidents that happened (and continue to happen) to him, the reader finds out more about this troubled young man.  But then Greg finds what could be a friend…she doesn’t really know he exists, but Greg is determined to change that.  And that’s what leads to the terrible incident. 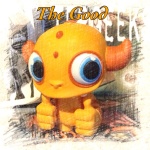 The best thing about this book is its interesting format.  As well as excerpts from Greg’s journal (which  makes up the bulk of the narrative), the reader is privy to police interviews with a variety of Greg’s relatives and peers interspersed throughout the book.  These are welcome intrusions into Greg’s monologuing and also serve the purpose of giving the reader a few glimpses of the entire puzzle before the incident described at the end of the book.

There were a number of things that didn’t work for me in Alice and the Fly.  The first is the fact that 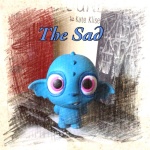 there is a LOT of monologuing in this book.  It’s a personal preference, but I prefer my monolouing in moderation.  There were quite a few times during reading, particularly during the middle of the novel, that I just wanted Greg to shut up and/or stick to the point.

The thing that particularly annoyed me about this book is that there were quite a few things that just didn’t ring true while reading.  Greg’s father is a surgeon.  Greg, it appears, has some unspecified mental illness (loosely labelled schizophrenia), as well as at least one crippling phobia, that require him to be on serious medication (one would presume these to be antipsychotics).  I simply could not believe that a doctor who has a child with a serious, rare (in young children – Greg was supposedly diagnosed at 6) and debilitating mental illness, coupled with obvious social and emotional problems could be so detached from his son’s care and treatment.  Particularly after a violent incident that required Greg to be separated from the family many years previously.

That just didn’t work for me.  Nor did the fact that Greg’s problems were obvious to and identified by pretty much every adult in his life, yet he received no real therapy for his issues, aside from that provided by his well-meaning teacher.  I got the sense by the end that Greg was really just being portrayed, despite efforts to provide Greg’s side of the story through his narration, as the stereotypical dangerous, violent  loony, which just left a bad taste in my mouth.

The quirkiest bit of this novel is the fact that it’s written by an unreliable narrator.  Greg ha

s memory blocks that are slowly chipped away, drip-feeding the reader with clues to his overall situation.  Later in the book he also experiences some dissociation that muddies the waters as to what actually happens during the incident, as I shall refer to it.  The mysterious “Them” that Greg is afraid of is also a quirky drawcard, but what “They” are becomes pretty obvious early on in the story and I don’t think the author did a good enough job of describing Greg’s state of mind when in the throes of an attack of his phobia.

I had high hopes for this book, but I was disappointed.  Having a look at Goodreads, plenty of others really enjoyed it and got a lot out of it though, so if you are interested in the themes here I wouldn’t necessarily pooh-pooh this book out of hand just because it didn’t work for me.  On the other hand, if you are interested in searching out other books featuring dissociative disorders and their effects (on children and others) I would highly recommend the novel The Boy Who Could See Demons by Carolyn Jess-Cooke (which I never reviewed on the blog but probably should have!), The Shiny Guys by Doug MacLeod, or any of the gut-wrenching and eye-opening memoirs about schizophrenia that are out there such as Flying with Paper Wings by Sandy Jeffs, Tell Me I’m Here: One Family’s Experience of Schizophrenia by Anne Deveson, or Henry’s Demons: Living With Schizophrenia, A Father and Son’s Story by Patrick and Henry Cockburn.

In completely unrelated news, the shelf is moving! Not this virtual shelf. You can still find us in cyberspace exactly where we’ve always been.  It’s the real, physical shelf that will be moving to a new home in the next week.  I mention this because that flightly mistress, WiFi, may or may not choose to make an appearance in our new home on time, and therefore we will be taking a week off from blogging from tomorrow (that’s January 17th).  I’m sure you’ll all miss us terribly, but we will be back with you as soon as we possibly can, hopefully on the 26th for 2015’s first round of Fiction in 50! Join us, won’t you?