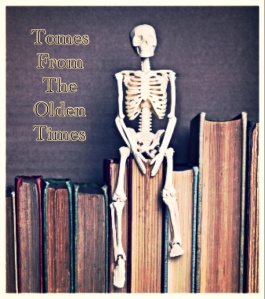 Welcome, young and old to Tomes of the Olden Times, the feature in which I discuss books that I particularly remember from times long past.  Today’s gem is an exquisite short story/long picture book from that genius of Australian short-storytelling for children, Mr Paul Jennings.  If you have never read anything by Paul Jennings, you are doing yourself a grave disservice.  Go and correct this at once. No, actually, wait until you’ve read this post, THEN go and correct this in a timely fashion. Today I wish to discuss Grandad’s Gifts, written by Jennings, hauntingly illustrated by Peter Gouldthorpe and first published in picture book form in 1990.  That’s 25 years ago folks. Yep, it makes me feel old too. The book tells the short but spook-laden tale of Shane, a young lad who moves with his family to live in the house of his late grandfather.  While there, Shane opens a forbidden cupboard, uncovers a long-hidden secret and sets about righting a wrong in his family history.  Here’s the (rather spoiler-filled) blurb from Goodreads: This is a chilling picture book with a twist in the tail, as Paul slowly brings a fox back to life by feeding its fur with lemons from the tree above its grave. But it’s the lemons above Paul’s grandfather’s grave that give the fox its final gift, sight… 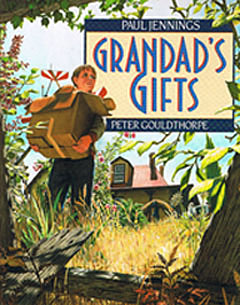 When Grandad’s Gifts suddenly popped back into my consciousness many moons after first encountering it, I couldn’t believe that I had forgotten about it for so long.  I immediately tried to hunt it down but had a great deal of trouble finding it in print.  Then, one glorious day, as I was rifling through some second-hand library books I spotted it.  Not the cover that I remembered, but still, that title and that author and I knew I had found it.  And pretty darn pleased about my little score I was too. It’s hard to put my finger on exactly what makes this story so mystical and memory-worthy, but I can assure you that it is one of those special books that you really should endeavour to get your hands on.  Trust me on this. When first I was introduced to this story, in a classroom setting, I remember being stunned by the …well, stunning…illustrations.  So realistic, so engaging, so erring on the side of the magical in the realm of magical realism.  Here’s one:

And one more, for luck: 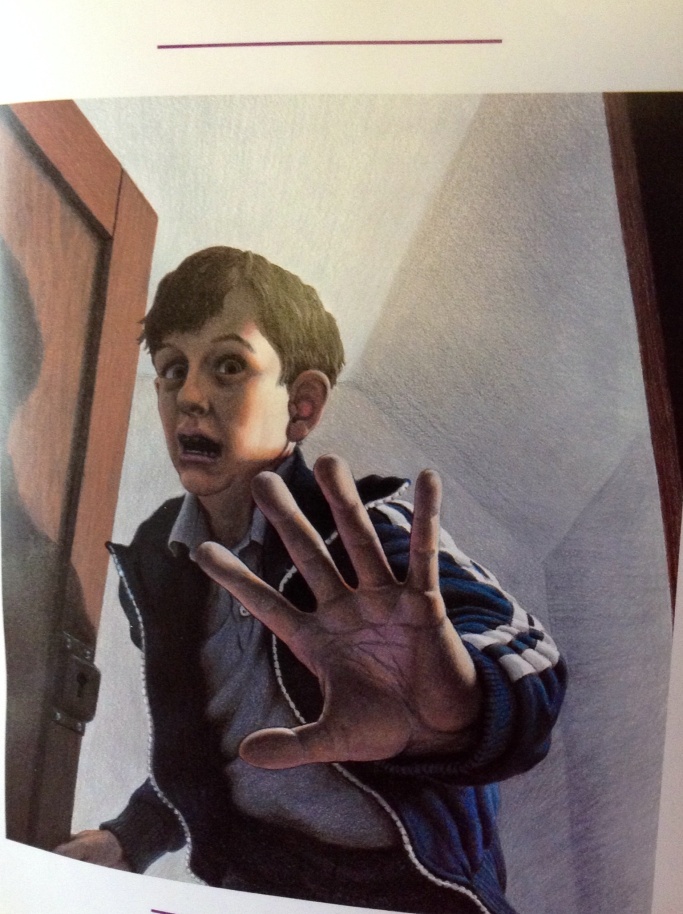 I think the realism of the artwork really gave this story its spook-factor.  There is something haunting about these pictures that embeds itself in the memory and brings the story right off the pages.  They are the perfect accompaniment to Jennings’ particular brand of quirky strangeness.  Any young Australian worth their salt (and any Australian teacher worth theirs) would be familiar with the hilarious and weird short stories of Paul Jennings.  Some of these, notably his Round the Twist stories,  were later turned into a television series, whose theme song will no doubt still be stuck in the heads of some.  *Mentally sings: Have you ever…ever felt like this? When strange things happen, are you goin’ round the twist?*

Apart from being deliciously creepy though, the book is also remarkably touching, as we get carried along with Shane’s mission to free his furry, cupboard-strewn friend.  This is one of those stories that proves the power of story-telling – it’s one I did actually forget about for a period of time, but once I remembered it, the experience of first hearing it came back in vivid detail from the depths of decades past.

I would highly, highly recommend hunting this book down if you can and reading it with any kids in your vicinity aged around seven or older.

3 thoughts on “Tomes from the Olden Times: Grandad’s Gifts…”