It’s time to let the psyche triplets out of the bag again for a Good, Sad and Quirky review of a book about death, justice and medical science.  We received a copy of Morgue: A Life in Death by Vincent DiMaio and Ron Franscell from the publisher via Netgalley.  Here’s the blurb from Goodreads:

In this clear-eyed, gritty, and enthralling narrative, Dr. Vincent Di Maio and veteran crime writer Ron Franscell guide us behind the morgue doors to tell a fascinating life story through the cases that have made Di Maio famous-from the exhumation of assassin Lee Harvey Oswald to the complex issues in the shooting of Florida teenager Trayvon Martin.

Beginning with his street-smart Italian origins in Brooklyn, the book spans 40 years of work and more than 9,000 autopsies, and Di Maio’s eventual rise into the pantheon of forensic scientists. One of the country’s most methodical and intuitive criminal pathologists will dissect himself, maintaining a nearly continuous flow of suspenseful stories, revealing anecdotes, and enough macabre insider details to rivet the most fervent crime fans.

There are a number of highly absorbing cases discussed in Morgue, both high profile, such as the death of Trayvon Martin, and otherwise. The interesting thing about this book in particular is that it addresses issues of forensic science as it relates to the law in the USA.  While I have read other books about life as a coroner or medical examiner (chiefly Working Stiff by Judy Melinek and Spoiler Alert: You’re Gonna Die by Kortanny Finn), none have explored how forensic evidence – and particularly, conflicting expert opinions about forensic evidence – can influence whether or not a person is convicted of a crime.  The issues raised in the book regarding whether justice is actually done or simply seen to be done, can be uncomfortable to read about at times, but raises some heartily thought-provoking gristle on which to ruminate.  The cases covered include suicides, murders, serial murders and historical murders and each is discussed in the context of the author’s involvement in presenting evidence at trial or to further a case. 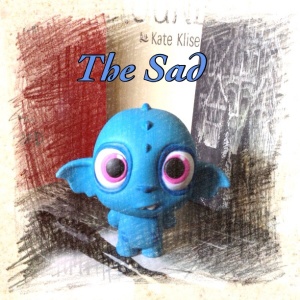 I did find that the author had a tendency to come across as a bit of a Judgey McJudgerson in parts of the book.  He doesn’t seem the type to suffer fools (or indeed anyone who knows less than he does on the subject of forensic
medicine) gladly and is scathing in his view of so-called “armchair forensic detectives” who speculate on high profile cases with only the education of CSI type shows under their belts.  He also makes plain his views on media and lobbyists using particular deaths, such as that of Trayvon Martin, to advance certain political or social causes, which, depending on which side of the fence you sit in these matters, could turn you off a bit.

It is while espousing such opinions that the author dips into that strange American cultural phenomenon that allows one to talk oneself up and proudly declare how learned and experienced one is.  I have no doubt that the author is indeed as famous and influential in the forensic sphere as he claims, but as America seems to be the only place where it’s socially acceptable to blow one’s own trumpet (loudly and at great length), readers from outside that great nation might find these parts a little bit…American.

There is also one chapter in particular wherein the author goes into great detail about his family background in forensics.  While no doubt extremely important to the author, I found this part rather tedious.

Along with the high profile cases previously mentioned, there are some completely unexpected inclusions hiding in this tome.  The exhumation of Lee Harvey Oswald to reassure (or possibly inflame) conspiracy theorists that the corpse buried in Mr Oswald’s plot was, in fact, Lee Harvey Oswald is one of these.  As is the utterly bizarre final chapter in which the author is called upon to speculate on the death of Vincent Van Gogh.  Odd.

Potential readers might also like to know that while some of the cases go into very little gory detail – such as the two cases of serial child murder – others are shockingly graphic.  One such, detailing the gruesome murder of three young boys**, described the deaths and injuries in incredible detail – for reasons relating to the conflicting forensic opinions explained later in the piece – and I wasn’t quite prepared for this level of illustrative explanation.  You have been warned.

Despite some issues with the narrative style of the author that lessened my enjoyment of parts of this book, the majority of the cases and the information provided is deeply engaging and will greatly appeal to those “armchair forensic detectives” that the author so disdains.  If you have any interest at all in forensic medicine and how forensic evidence can make or break (or manipulate!) criminal trials, then I would definitely recommend this book to you.

So I have a little question about one of the cases.  I apologise if I’ve missed the answer in the book, but if anyone has read it and can fill me in, it would be great!

In the graphic child murder case mentioned above, the author presents his opinion that the wounds that the original examiner believed were made by a serrated weapon were actually made by animals, possibly after the boys’ deaths.  At the same time, he agrees with the opinion that one of the boys was dead before he went into the water.  So….if the wounds that were originally presumed to have been made by a blade, leading to the young lad bleeding out and dying BEFORE he went in the water, were actually potentially made AFTER he went in the water…or at least, after he had already died…then what was it that killed that particular boy??