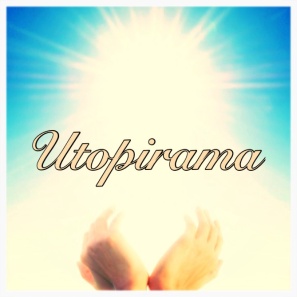 It has been a considerable while since I last put up a novel in the Utopirama category, but today’s delightful little tome simply could not fit anywhere else.  We received a copy of Soft in the Head by Marie-Sabine Roger via Netgalley and as it is a translation from the original French, I should probably mention that the translator was Frank Wynne – this will be important to know later.  Let us begin.  Here’s the blurb from Goodreads:

A humorous, heartwarming story follows the intellectually dim-witted 45-year-old Germain as he meets and slowly gets to know 85-year-old Margueritte, who sits in the park every day watching the pigeons and reading. She speaks to him as an equal, something his friends rarely do, and reads to him, sparking in him a previously undiscovered interest in books and reading. When she reveals to Germain that she is starting to lose her eyesight to macular degeneration, he is inspired for the first time in his life to work at reading so that he can read fluently to his new friend. 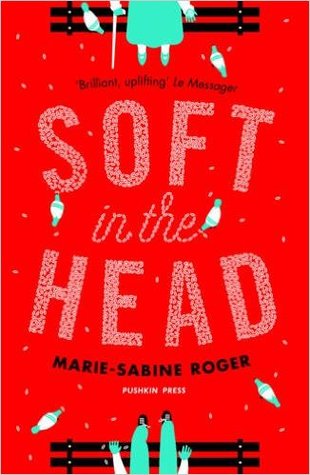 This is a novel in which, I can happily report, nothing particularly distressing occurs.  The old lady does not die in the end.  There is a bit of language and sexual allusions, to warn those who are squeamish about such things, but overall the story explores the developing friendship between Germain and Margueritte, as well as charting Germain’s growth in self esteem, motivation and personal purpose.  If this sounds like it flies a bit too close to the winds of tedium for you, I can assure you that the gentle pace is more than made up for by the charmingly personable narration of Germain.  The effect of the whole story is a lingering sense of upliftedness and an appreciation for the small things in life.

I have had a bit of trouble with translations from French in the past, for reasons that I can’t quite pick.  Perhaps I’m just not finely attuned to the French sense of humour.  This translation though, was excellent, in that it kept the Frenchness of the characters and story and setting, yet seamlessly incorporated turns of phrase in the English vernacular that added to the atmosphere and allowed the characters to be more fleshed out for an audience unfamiliar with the nuances of the French language and lifestyle.  The narrative style was immediately engaging, and Germain is such a likable and sympathetic narrator that I couldn’t help but take his arm and stroll along into the story.

If you are unfamiliar with Netgalley, you will be unaware that reviewers may request books months before their release date and it was just such a circumstance that had me completely forgetting the specifics of the blurb before I began reading.  For this reason, I went into this story thinking that Germain was in his early twenties rather than mid-forties.  His style of narration and continual admissions to being slightly below par in the intelligence stakes did nothing to dispel this misconception, so I was more than a little surprised when Germain mentions about halfway through the book that he is actually 45!  After allowing my brain a few chapters to reconceptualise the main character, I quite easily got back into enjoying the flow of the story.

This would be the perfect pick for a lazy holiday read or to keep on your nightstand for when you need a gentle easing into sleep.  It’s funny, touching and generally focused on finding the good in people and the magic that can happen when an unexpected friendship bears the fruit of positive change in the participants.

Books as solace for the weary heart

Five out of five protective bubbles for the simple pleasure of feeding pigeons from a sunny spot on a park bench.

One thought on “Utopirama: Pigeons, the Elderly and Personal Growth…”