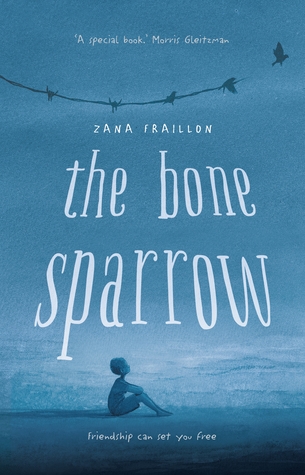 It’s Children’s Book Week here in Australia and I have an beautiful, timely and confronting book to present to you today, as well as an invitation to join in with those using their voices to speak on behalf of those who are being silenced.  The Bone Sparrow by Zana Fraillon highlights the shocking mistreatment and abuse of asylum seekers and refugees who have arrived in Australia by boat and are currently incarcerated in indefinite offshore detention.  The story, though difficult to read at times, is aimed at the 9-12 year old age bracket and sensitively brings to the fore the plight of these forgotten people.  This Book Week, we on the Shelf aim to speak our opposition to successive Australian Governments’ abuse of these individuals’ human rights.  But more of that in a minute.  Here’s the blurb from Goodreads:

Sometimes, at night, the dirt outside turns into a beautiful ocean. As red as the sun and as deep as the sky. I lie in my bed, Queeny’s feet pushing up against my cheek, and listen to the waves lapping at the tent.

Subhi is a refugee. Born in an Australian permanent detention centre after his mother fled the violence of a distant homeland, life behind the fences is all he has ever known. But as he grows, his imagination gets bigger too, until it is bursting at the limits of his world. The night sea brings him gifts, the faraway whales sing to him, and the birds tell their stories.

The most vivid story of all, however, is the one that arrives one night in the form of Jimmie, a scruffy, impatient girl who appears from the other side of the wires, and brings a notebook written by the mother she lost. Unable to read it, she relies on Subhi to unravel her own family’s love songs and tragedies.

Subhi and Jimmie might both find a way to freedom, as their tales unfold. But not until each of them has been braver than ever before.

In 2002, veteran Australian children’s author Morris Gleitzman published the Boy Overboard/Girl Underground duology, that dealt directly with Australia’s treatment of asylum seekers, with reference to the Tampa incident and then-Prime Minister John Howard’s seminal “We Will Decide” speech that swept his government back into power on the back of fabricated stories designed to villify those seeking our help.  Fourteen years on, and if anything, Australia’s treatment of asylum seekers has become far worse.

It is in this political and humanitarian climate that we find Subhi, innocent victim one country’s irrational fear of difference, and pawn in a sick political race to the bottom on human rights.  Fraillon has done a remarkable job of writing Subhi as an authentic young boy, full of ideas, arguments with his sister, hopes for his future and a taste for adventure.  The other young characters in the camp – Eli and Queeny – are complex and encapsulate the fight between growth and stagnation that is going on for these young teens who, in any other circumstance, would be testing their boundaries, experimenting with identity and making plans for their futures.  The “Jackets” or security staff at Subhi’s camp are also a varied bunch, with even the good guys demonstrating divided loyalties and the natural desire to protect themselves from recrimination.

Suffused into the tale, and reflected in the form of stories from a book owned by Jimmie, is a sense of hope: that despite the overwhelming evidence that these people are invisible and forgotten, Someday they will be free.

If you are an adult above voting age, read this book.

If you are a teen with a thirst for information and a desire to know what’s going on outside your social bubble, read this book.

If you are a person with any sense of common decency, read this book.

If you are an Australian, read this damn book.

Then pass it on to your mates and make them read it.

And to the Australian government: for fuck’s sake, close the bloody camps.

An Invitation For Children’s Book Week

We shelf denizens are proud to say we do not sit on the fence when the abuse of human rights are concerned and for that reason we are inviting you to be part of a super fun and cheeky mission in your local area this book week, August 20-26th.

Mums 4 Refugees, a grassroots advocacy and support group made up entirely of ordinary mothers who give more than two hoots about how asylum seekers are treated in this country, are planning a National Book Drop and would love you to join in!  Here’s the skinny:

Members of grass roots advocacy group Mums 4 Refugees are taking stories of hope and survival, inspired by refugees and those seeking asylum, into their communities by participating in a national “book drop”.

To help us out in Book Drop, Hachette Australia kindly (and with an admirable willingness!) provided Mums 4 Refugees with 100 copies of The Bone Sparrow to drop during the week in Brisbane, Sydney, Melbourne and Adelaide!!

If that weren’t enough, there will be 10 copies of YA new release When Michael Met Mina by Randa Abdel-Fattah dropped in Brisbane thanks to PanMacmillan Australia! 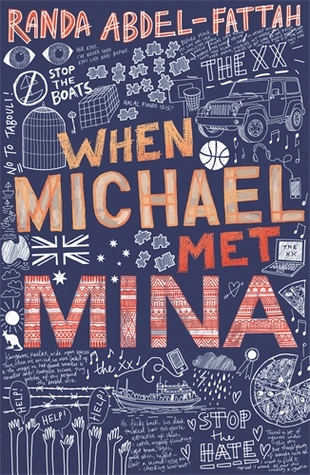 Author of Ziba Came on a Boat, Liz Lofthouse, is also getting behind the action, donating copies of her CBCA Shortlisted picture book for dropping! 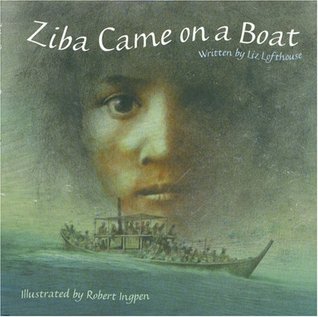 If you would like to join the action, there is a public Facebook Event Page here, where you can upload pictures of books you have dropped or found.  If you are wondering what books might be suitable, here is a list:

If you would like to drop a book, you can stick this bookplate inside the front cover: 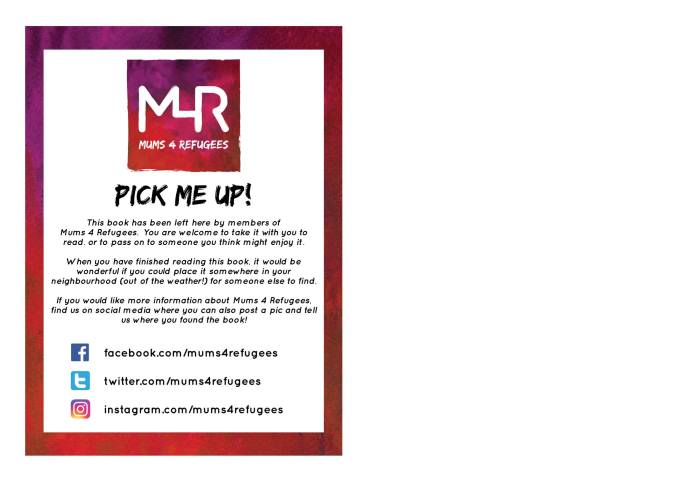 So join in if you can, share the action if you can, tell others, and make this Book Week a week of action for change!

One thought on “The Bone Sparrow: 100 Books Coming Your Way This Book Week! #read4refugees #openbooksopenminds”