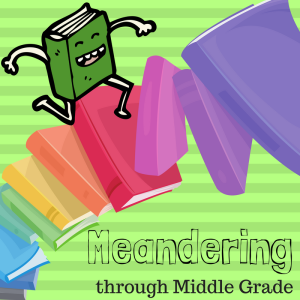 Today’s little gem is an illustrated early chapter book that will have all those mini-fleshlings who are ready to move on from such favoured duos as Elephant & Piggie clamouring for more.  We received Night of the Living Worms: A Speed Bump & Slingshot Misadventure by Dave Coverly from PanMacmillan Australia for review, and here’s the blurb from Goodreads:

What’s a bird to do when his sibling is a big-time celebrity? It’s a question Speed Bump has to deal with every single morning, because his brother happens to be the one and only Early Bird. You know, THE Early Bird, who ALWAYS gets the worm! Unfortunately, Speed Bump is a sleepy little bird with a big head and tiny wings who’s worried he’ll never live up to his brother. But he has a great buddy, the ever-hungry Slingshot, who knows how to lift his spirits. Together, they end up on an adventure deep in the nighttime forest, where they’re forced to confront something more terrifying—and slimier—than they’ve ever imagined. It could all go horribly wrong . . . or it could just change Speed Bump’s luck for good.

If there’s one thing that draws me back to “children’s” books again and again, it is the unashamed acknowledgement that illustrations and text are made for each other.  Night of the Living Worms sits in that category of books between picture books and chapter books, wherein the author knows that for beginning readers – and indeed, for any reader who enjoys more context around their text – illustrations are essential.  This book is a bit of a combination between chapter book and graphic novel, with no more than a paragraph of text on each page, some of which is encased in speech bubbles, and every page is adorned with eye-popping line art to bring the story to life.

Speed Bump is a good sleeper who lives in the shadow of his older brother, Early Bird.  As we all know, Early Bird gets the worm and for this reason, Speed Bump has to content himself with nuts and berries for snacking on, until such time as he can beat his seemingly unbeatable brother to that elusive worm.  Slingshot is Speed Bump’s best friend and a more stalwart and supportive companion a bird could not wish to find.  When the two decide to take up a foolproof strategy to beat Early Bird to the worm, things don’t go as planned.  There are worms available for the plucking alright, but it turns out that maybe these worms have a plan all their own to defeat Early Bird!

Helped by a collection of forest creatures, Speed Bump and Slingshot must find courage they didn’t know they had and find a way to save the day, before Early Bird meets a nasty, worm-driven end.

This book was heaps of fun to read and the characters are vivid and full of personality.  The nightwalker worms were actually pretty creepy when viewed all together, but there are plenty of laughs throughout the story that will please reluctant readers and those who just want to have fun in their reading.  As an early chapter book, it’s a quick read for an accomplished reader, but for those just starting out on longer books it should provide just enough challenge, as well as plenty of support through the illustrations and use of white space and speech bubbles.  I quite enjoyed a selection of illustrated punny goodness early on in the tale, with various birds making various punny comments to elicit a guffaw or two.

The ending of the book is both exciting and quite fitting for the trouble that Speed Bump and Slingshot went to – as well as for the trouble they got themselves in!  This book also contains a preview of the second book in the series, Night of the Living Shadows, to further hook in young readers and create anticipation.  I’d say this intrepid duo are definitely one to watch if you have a mini-fleshling in your dwelling who is just beginning to tackle longer books, or indeed one that just loves a good comic adventure story with larger than life protagonists.

5 thoughts on “Meandering through Middle Grade: Night of the Living Worms…”