It’s Monday again so that means murder is likely afoot. You will be pleased to hear that I think I’ve cracked it this time and found a new murder mystery series to enjoy and hunt down. I speak of a series by Ann Granger called the Campbell and Carter Mysteries, a kind of cosy/police-procedural hybrid set in the Cotswolds. Today we will be jauntily striding through the first book, Mud, Muck and Dead Things. The series is based around DI Jess Campbell and new station Superintendent Ian Carter and is a sort of spin-off from an earlier series by Granger, in the sense that DI Campbell apparently appeared in one of the later books of this other series.

Lucas Burton hates the countryside. To him it’s nothing but mud, muck and dead things. And he’s right. When he turns up at a deserted farm in the middle of nowhere hoping to conduct a lucrative business deal he stumbles across the body of a dead girl. And that’s just the start of his problems.

Having not read a non-fantastical police procedural for a while, I was quite refreshed to discover a cast of reasonably ordinary country-mouse/city-mouse suspects. There’s Lucas Burton himself, a shady, wheeler-dealer, working-class-kid-made-good who finds the body and is none too pleased about it. There’s old farmer Eli, upon whose land the body was discovered and who is beholden to a long-ago family drama; Penny Gower who owns the struggling stables down the hill from the farm; Andrew, accountant and admirer of Penny; and a collection of rich horsey types, owners of country pubs and new money blow-ins hoping to weasel their way into the locals’ good graces.

As this is a police procedural, with “proper” detectives on the case (as opposed to unqualified but enthusiastic old ladies, school girls or verbose travelling professors), the hunt for the murderer/s is thorough, comprised of many tangents and replete with “friendly chats” with locals who are repeatedly assured that they are not suspects.  There’s also quite a lot of “right, let’s get the London boys onto that” sort of talk.  In fact, it was very like watching one of those British murder mystery shows on TV. There were enough twists and shocking reveals about characters’ pasts to throw the cat amongst the pigeons and keep my interest hearty and my little grey cells ticking over. As is the case in this type of story, the reader generally stumbles upon the culprit at the same time as the main characters, so there isn’t quite so much of that “outwitting the author” game that I enjoy in Agatha Christie’s work, but the reveal here is satisfying (and rather action-packed) and encased in that most engaging of narrative formats: the police interview.

I also quite enjoyed the playful, supernatural twist that Granger injects into one of the character’s back stories. It doesn’t have any particular significance to the outcome of the tale, but I felt it was a fun inclusion that made this story stick out a bit from the crowd. I will definitely be keeping a keen eye out for the other books in the Campbell and Carter series and Granger is going on my “authors to watch” series. Watch as in “keep an eye out for new works” not watch as in “stalk”. 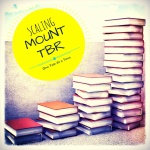 Greetings fleshlings! This is a “read-it-if….” I’ve been wanting to post for a while, but has been shoved aside for more recent reads.  But no longer!  The Unlikely Pilgrimage of Harold Fry by Rachel Joyce became an instant favourite and must-own tome as soon as I read it….although admittedly, I don’t actually own it yet.  I’m hoping a Christmas miracle might occur in a few day’s time and the secret wish of a silent, sentient gargoyle to own such a tome might be granted.

I must admit I am a sucker for a quaint, charming story set in the English (or Welsh, or Scottish) countryside so I was pre-disposed to like this one, but the tale of OAP Harold Fry (that’s Old Age Pensioner for those in the know) and his spontaneous quest to walk miles and miles to deliver a letter to a dying woman and rekindle a deep and significant friendship imprinted itself on my stony heart just a few pages in.  I am not ashamed to admit that, had I tear-ducts, I would have shed a drop of water or two at the events in this tale.

* you are a sucker for quaint, charming tales of the English countryside

* you have ever felt an inexplicable urge to spontaneously set out on a personal Quest-with-a-capital-Q, despite having done no planning, being woefully underprepared in the footwear department, and having neglected to inform your spouse or significant other where on earth you’ve got to

* you have ever felt an inexplicable urge to join in somebody else’s Quest-with-a-capital-Q, despite etc etc

* you need a bit of encouragement…or just some good, old-fashioned courage….to do what’s important

A month or so ago I came across this fantastic news story about Britain’s “Naked Rambler” .  It reminded me of Harold Fry and his adventures (although I can’t recall any specific mention of nude hiking in the book!) simply due to the persistence of old nudey no-pants to keep walking despite numerous prison sentences…

But I digress…..truly, I loved this book and highly recommend it.