Before we begin today’s review, I would like you to ask yourself the following questions: Do I like to be challenged by twisty, turny bizarre happenings in my reading?  Do I love a good old family mystery involving an apparent curse passed through the male line that results in certain death?  Would I ever name my dog “Help”?

If you answered “yes” to any of the above questions, then this book might just be for you.

The Supernatural Enhancements by Edgar Cantero is part mystery, part sinister game and part historical essay.  When A. inherits Axton House as part of an estate from a distant American cousin that he didn’t know he had, he discovers it is just the first of a range of surprises in store for him and his young friend Niamh.  The circumstances preceding A’s inheritance  involved the sudden death of his cousin, Ambrose Wells, through self-defenestration (incidentally at the same age and in the same circumstances as his father before him), and on arriving in Point Bless to take possession of the property, A. and Niamh discover a well-known ghost, The Ngara Girl, is somehow connected with the house.  When A. begins having terrible nightmares and thinks he sees the ghost in one of the house’s bathrooms, things become far more serious.  Niamh and A. begin recording their actions using surveillance cameras to try to get to the bottom of the mystery.  But when someone breaks into Axton House for reasons A. and Niamh can’t quite work out, it marks the beginning of their involvement in a dangerous game of codes and ciphers, left behind by Ambrose Wells and due to be continued with a secret group of his acquaintances.  What started as a simple examination of his rightful inheritance appears to be turning into a dangerous mystery that could see the curse of the Wells family exerting itself once again. 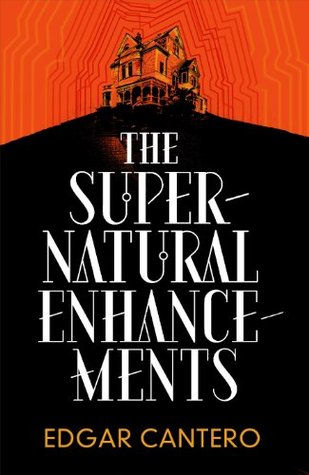 * as a kid (or an adult!), you always liked to write notes in invisible ink and sneakily record people’s conversations, a la Macauley Culkin in Home Alone

* as a kid (or an adult), you always fancied yourself to be a bit of an Indiana Jones type – an exotic blend of intellectual pariah and treasure-hunting extrovert

First off, this was not the book I thought it was going to be when I first read the blurb.  Happily, it turned out to be a lot better in that it was far more complex than I expected, was written in a way that embraced a whole range of narrative styles and managed to strike a perfect balance between light humour and dense mystery.

The best part for me about this book was the fact that it is written as a collection of diary entries, notebook exchanges, excerpts from textbooks, letters (to a mysterious Aunt Liza), and transcripts of video and audio recordings.  Now I know this kind of format is not for everyone, but it seems to suit my gnat-sized attention span perfectly.  I love books that jump around in POV or in different styles because I find it keeps me, as a reader, on my toes and for this particular story, which ended up quite complicated towards the end, it broke up the plot twists nicely, as well as giving me time to digest different bits of information.

As well as the initial mysteries that are presented here – namely, who is the mysterious Ambrose Wells, why did he leave his estate to a distant relative he’d never met and what’s with all the throwing one’s self out windows? – the innocent investigations by A. and Niamh into their new home quickly throw up more and more questions – such as why did the butler bugger off after his master’s suicide, is there really the ghost of a slave girl who haunts the house and what are these weird coded notes left about the place addressed to dead Ancient Greeks?  It seems that the further you read into the story, the more layers are uncovered, culminating in a fantastically imaginative reveal followed by a violent and unexpected climax.

The two main characters are well-drawn, although we never quite get to find out their entire backstories.  Why are we never told A.’s full name? What happened to cause Niamh to be mute? And what is the exact nature of the relationship between the two?  To whom is Aunt Liza related?  While this lack of information did irritate me a little in the beginning as I tried to piece together who these people were, it eventually became something that didn’t really matter and sort of added a bit more intrigue to the goings-on.

I found this book to be both incredibly engaging – I was sucked in right from the first few pages, due to A.’s likeable and matter-of-fact voice – and possessed of a storyline that was designed to fire the imagination and get the puzzle-centres of the mind working.  The ending was a little bit enigmatic, but at the same time I found it weirdly satisfying and appropriate.  Having said that though, I could imagine some readers being annoyed with the lack of any definitive answers regarding some of the characters and their associated mysteries.  I also found this book to be one that deserves your full attention.  It didn’t strike me as a book that you’d pick up for a light break or even one that you could put down for any significant length of time, due to the complex nature of the plot.

For the right reader at the right time though, this is going to be an absolute hidden gem and one that will keep you thinking about it long after the story is finished.  For sheer originality and Cantero’s ability to keep hold of a whole bunch of twisting plot threads, I have to give this book a high recommendation.