Well in case the enormous banner just above these words didn’t get your attention, allow me to alert you to the fact that you have arrived at my stop on the Blog Tour for middle grade, sci-fi horror tale Billy Lovecraft Saves the World which will be released into the greater populace by Curiosity Quills tomorrow.  This tale is not for the faint-hearted by any means, but if you are stout-of-heart and prepared to jump into a classic world of Lovecraftian alien adventure (previous experience not required), then read on! I thought that, given the bizarre nature of Lovecraft’s work (both Billy’s and HP’s) it would only be appropriate to pull out the psyche-triplets and deliver a GSQ review.  Enjoy!

The last thing Billy Lovecraft’s parents sent him before the crash was a photo of something on the wing of their plane.

Now he’s stuck with a horrible and heart-breaking mystery: What was that awful creature, and why were his parents targeted?

It’s up to Billy to gather a team of like-minded kids and lead them through a dark new reality where the monsters are real, not everyone is who they seem to be, and an ancient alien wants to devour the world. 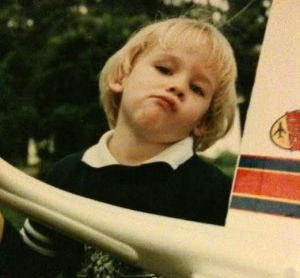 Billy Lovecraft is the young leader of the Cthulhu Detective Squad, which he formed after the death of his parents when he was twelve. He is a writer, scientist, occult scholar, and frequent savior of the world. The things in his basement will give you nightmares.

Now onto the review….

Right off the bat I can say that this book will be every early-teen male sci-fi/horror/adventure enthusiasts’ dream.  Not to discount the ladies who also enjoy a walk on the terrifying and bizarre side, but this book called out to me in a voice that said, “I will appeal to reluctant male readers – place me in their clammy hands!”

Leaving the Lovecraftian elements aside for a moment (Quirky will get to those in a moment), the story has fights, guns, bullies, scary aliens, helpful aliens, magic, evil cultists, evil principals, danger, slimy glob creatures and angry vengeful gods from outer space.  Add to that some solid friendship and leadership threads and  the back-and-forth cheeky banter of a group of young lads and you’ve got all the makings of a coming-of-age tale that will surely engage even the most book-adverse teen male.

The plot runs along at a quick pace throughout with a few spikes of extreme alien-whacking action.  The climax, which involves Billy and his group, the Cthulu Detective Squad, in a pitched battle against some local evil adversaries who are attempting to summon a planet-eating demon-god in order for it to…well…eat the planet, is fast and frenetic and a fitting end to such a complex lead-up.

Admittedly, I have not read any of HP Lovecraft’s classic works – I am familiar with them only through internet memes and pop culture references so therefore my knowledge is slim, but it certainly appears as though Billy Lovecraft is well in the know about The Writer and has attempted to use HP Lovecraft’s creations faithfully.  But as I said, with no real background knowledge of the original Lovecraft, I may have to leave it to the traditionalists to comment more fully in that area.

I feel I have to say that while I was reading this book, I had to constantly remind myself to suspend my disbelief.  Not with regard to the aliens but with regard to the fact that Billy is only supposed to be twelve years old.  One of the members of the Cthulhu detective squad is only ten.  It seemed to me that this was a bizarrely young age to choose for a protagonist in such a complicated story.  Even though this is tagged as a middle-grade novel, I think it would have to be a pretty advanced middle grade reader who would appreciate the nuance in both the sci-fi elements and the general action-packed plot.  In my opinion, I’d be putting this one squarely in the 13-15 years age bracket, as I think anyone younger than that would have trouble with the more grown-up themes in the book.

I also was mildly disappointed that there is only a token girl in the Detective Squad.  While she plays a reasonably large role in befriending Billy, the only other girl in the story was the (unashamedly scene-stealing) Cthulittle, a squidish, danger-detecting pet.  It was only a mild disappointment, as this story reeks of maleness and boy-men forming a tribe and fighting against other men (in a positive sense, you understand) but I thought I should mention it.  Oh, actually, there is another girl (lady) in the story – but she dies an alien-related death about halfway through, and as she was involved in summoning alien monsters in the first place, some might argue that she had it coming.

If you, like me, are only vaguely familiar with the works of HP Lovecraft, then this story is going to be an eye-popping, mind-expanding, sci-fi experience.  I think it’s safe to say that it’s pretty well out of left field to base a book for young readers on works of such deeply imagined classic horror.  It did take me a little time in the beginning to sort the world-devourers from the reasonably harmless moonstone-gatherers and so forth, but there is a wealth of information about Lovecraft’s classic creatures that is deftly woven into the characters’ dialogue.

Again, I’m not sure how humour-filled the original works are (although I’m guessing not much), the author has done a great job here of including plenty of age-authentic humour and antics that mitigate the somewhat terrifying elements of evil cultists, mind controlling nether gods and imminent death from monsters oozing out of the plumbing.

All up, this was at once an intense and exciting reading experience.  There was a lot here that had me questioning whether I would be giving this book to an eleven or twelve year old, but as an older reader I thoroughly enjoyed the fact that the tale was complex, compelling and laced with dry comedy.  I predict that this is going to be the sort of book that develops a niche audience – it certainly won’t be for every young reader, but for those who are drawn to the story, it could certainly be a launching point into classic sci-fi and horror writings and a gateway into strange new worlds.

As some of you may know, while I have no personal requirement for clothing, I still get as much joy as the next creature out of browsing the interwebs for items I might like to purchase, had I the means and/or need for them.  For that reason, here are some exquisite bookish tees for your perusing pleasure. Click on the pics for a link to a site where you can purchase.

This first one is a personal favourite, suitable for all of those librarianarchists out there…

Finally, a useful reminder in times of great stress…