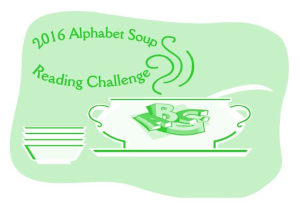 I’m inching closer to completing the Alphabet Soup Reading Challenge for 2016 hosted by Escape with Dollycas, with only Q and A left to assign.  Happily, I realised that I hadn’t actually ever read JK Rowling’s faux-text Quidditch Through the Ages, so I grabbed it from the Kindle store and whipped through it to draw a line through the Q part of the challenge.  While reading, however, I got a message from the library that The Mysterious Mr Quin by Agatha Christie was waiting to be picked up, and I remembered that I had actually put that on hold to be my Q title.  Oops.  Anyway, here’s the blurb from Goodreads:

Did you know that: there are 700 ways of committing a foul in Quidditch? The game first began to evolve on Queerditch Marsh – What Bumphing is? That Puddlemere United is oldest team in the Britain and Ireland league (founded 1163). All this information and much more could be yours once you have read this book: this is all you could ever need to know about the history, the rules – and the breaking of the rules – of the noble wizarding sport of Quidditch. 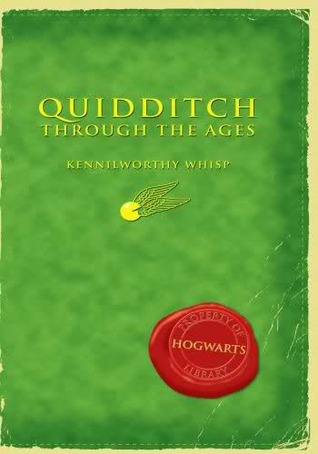 If you are a die-hard fan of the Potterverse, then it would be remiss of you not to read this book.  It’s certainly one that you can fit in to a lunch break or two, coming in at well under 100 pages.  The book was originally penned to raise money for Comic Relief, so it isn’t any deep exploration of the game of Quidditch, but rather a mostly-humorous look over the game itself and how it came to be, as well as dropping a bit more information about the Quidditch league for those Potter fans who like to go the extra mile, trivia-wise.

The most enjoyable part of the book for me was reading about all the different international Quidditch teams and how they came to be.  I was surprised to learn that the Americans have their own spin-off of Quidditch called Quod, which is at least as exciting and deadly as Quidditch itself.

I wouldn’t go out of your way to read this if you haven’t already, but if you’ve got a spare half-hour with nothing to fill it, this would be a suitable way to pass the time.  It may also have kindled my interest a bit more regarding finding out about the new Fantastic Beasts movie/screenplay and deciding whether or not I will bother with it.

Q – I dub thee, completed!  If you ‘d like to see how my Alphabet Soup Challenge is progressing, you can check it out here.