Hello my pretties! For today’s dose of haiku I’ve dug one of my favourite tomes off the shelf: Matt Haig’s Shadow Forest.  To prove it’s one of my regularly thumbed books, I’ve thoughtfully included a picture of myself with the book and it’s (slightly less engaging but still worth a read) sequel, The Runaway Troll: 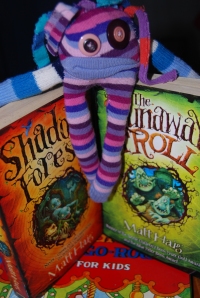 From the opening sentence of the book’s blurb, “Samuel Blink is the hero of this story but he doesn’t know it yet”, the discerning reader knows that a particularly intriguing tale is in the offing. Handily, this book is one of those special little paper-gems that will not disappoint.

Samuel Blink (our soon-to-be hero of the moment) and his sister Martha (selective mute) find themselves suddenly living in Norway with a long-lost aunt (ex-Olympic javelin champ) after the untimely death of their parents.  Aunt Eda’s only rule for their stay is this: Do not enter the forest. Ever. For any reason.  For the forest is the known home of creatures of ill-repute and has already claimed the life of the children’s literally long-lost Uncle Henrik.

Obviously, both children end up entering the forest. And from there, as they say in the classics, the fun begins! 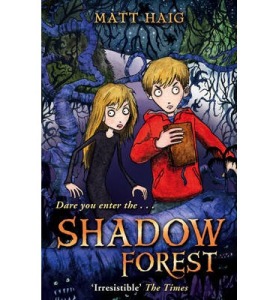 not suited to tourist groups

I had forgotten how much I really love this book until I was casting my eyes over the shelf for re-reading inspiration recently. It’s obviously a kid’s book but the comedic undertones have appeal across age groups. I still can’t read the chapter involving the Truth Pixie without giggling to myself for days afterwards.  Incidentally, the picture above shows a different cover to the edition I own – I believe the art on my edition is vastly superior, but I’m sure you can make up your own mind.

Until next we meet, keep reading, and stay out of the forest…