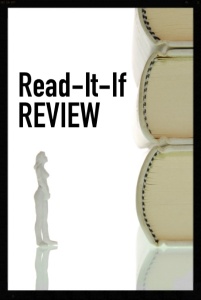 Today’s Read-it-if Review book, I am pleased to announce, has made it onto both my “Top Books of 2015 (so far)” list (which currently only has two other listings) as well as….drum roll please….my Goodreads Favourites list!

I should probably warn you then that this review WILL include gushing praise.

Today’s book is Boo by Neil Smith. I received a copy of this YA book – which I think is actually adult fiction cleverly disguised as YA – from the publishers via Netgalley. Here’s the blurb from Goodreads:

When Oliver “Boo” Dalrymple wakes up in heaven, the eighth-grade science geek thinks he died of a heart defect at his school. But soon after arriving in this hereafter reserved for dead thirteen-year-olds, Boo discovers he’s a ‘gommer’, a kid who was murdered. What’s more, his killer may also be in heaven. With help from the volatile Johnny, a classmate killed at the same school, Boo sets out to track down the mysterious Gunboy who cut short both their lives. In a heartrending story written to his beloved parents, the odd but endearing Boo relates his astonishing heavenly adventures as he tests the limits of friendship, learns about forgiveness and, finally, makes peace with the boy he once was and the boy he can now be. 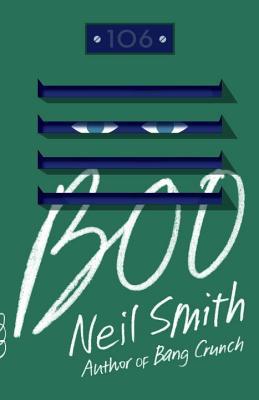 *you like books that feature diverse characters. Even if they’re dead.

*you’ve ever been part of a chanting mob

Now on to the gushing praise!

I have not experienced the kind of satisfaction that I felt on finishing Boo in a long, long time. Here, thought I, is a perfectly constructed tale that is expertly paced, filled with authentic characters, and can be appreciated by those well beyond the YA age-range at which it is marketed. I picked up Boo thinking it would be a reasonably quirky take on the paranormal, life-after-death plot that I generally enjoy, but Smith has created much more than just a fun, creative read here.

For a start, the afterlife that he has created is both expansive and perfectly contained, as well as being pretty original. For in the afterlife in which Boo finds himself, all the residents are 13 years old – the age at which they died. Some died years ago and some are “newborns” like Boo, but all can expect (barring a few exceptional cases) to hang around “Town” as they call it for approximately 50 years, before disappearing into Zig-knows-where. The concept of “Town” reminded me strongly of Neal Shusterman’s afterlife in the Skinjacker series that begins with Everlost. While the similarities are there, Smith’s afterlife doesn’t have the menacing, mysterious undertones of Shusterman’s post-death experience, and feels like a place in which all things have the potential to be made right.

The characters here are diverse (in ethnicity, ability and personality) and felt particularly authentic to me as an adult reader. All of the four main characters have their flaws but come across as complex and layered. I admit to having a soft spot for Esther, the young lass with dwarfism who is applying to be a do-gooder but can sling a stinging one-liner with the best of them. Boo is also a delightful narrator and it didn’t take long for me to relax into his easy narration.

The highlight of the story for me was the depth to which Smith is prepared to take young readers as the narrative unfolds and the events surrounding their untimely deaths are brought to light in Boo and Johnny’s memories. There are twists in this tale, but it didn’t feel like they were thrown in to shock, but to provoke thought from the reader. As these plot twists are revealed I was more and more impressed with the way the author constructed the story. This could have so easily been a two-dimensional, didactic tale in which certain characters were labelled goodies and baddies, but Smith has taken his characters far more seriously than that. The sensitivity with which the boys’ story is rendered was simply a joy to behold.

If you’re looking for a YA read that is, in my opinion, above the common herd, then you should make a point to search out Boo. I will certainly be making it my mission to collect it in print for my shelf.