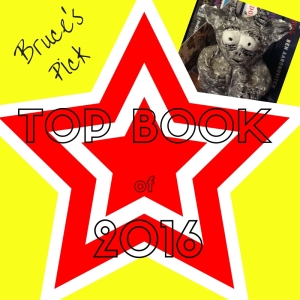 I know they’ve been coming thick and fast this last few months, but today I have another Top Book of 2016 pick for you – and I enjoyed this one so much that I think that it’s vying for the top spot of my Top Book picks for 2016 with Lady Helen and the Dark Days Club.  We received an ARC of Hex by Thomas Olde Heuvelt from Hachette Australia (thanks!) and then we received a finished copy of the book (also from Hachette Australia – again, thanks!) so that means I have one print copy of the book to give away! Hooray!  Details on how to enter are at the end of this post.  But let’s get on. Here’s the blurb from Goodreads:

Whoever is born here, is doomed to stay until death. Whoever comes to stay, never leaves.

Welcome to Black Spring, the seemingly picturesque Hudson Valley town haunted by the Black Rock Witch, a seventeenth-century woman whose eyes and mouth are sewn shut. Blind and silenced, she walks the streets and enters homes at will. She stands next to children’s beds for nights on end. So accustomed to her have the townsfolk become that they often forget she’s there. Or what a threat she poses. Because if the stitches are ever cut open, the story goes, the whole town will die.

The curse must not be allowed to spread. The elders of Black Spring have used high-tech surveillance to quarantine the town. Frustrated with being kept in lockdown, the town’s teenagers decide to break the strict regulations and go viral with the haunting. But, in so doing, they send the town spiraling into a dark nightmare. 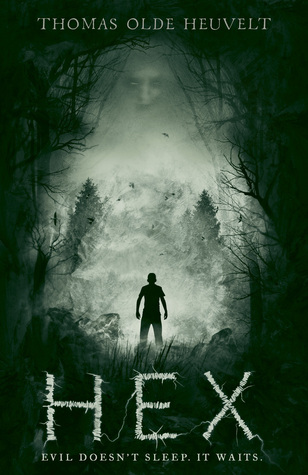 Hex is a real psychological creeper of a tale. I should mention that the final chapters of this one had me mentally running in circles shrieking gibberish, so it’s the perfect pick for fans of creepy, urban horror.   Essentially, a town is held hostage, so to speak, by the presence of a ghostly witch in their midst.  Anyone who leaves town for too long develops compelling urges to commit suicide.  Strict rules are in place regarding curfews for visitors to the town.  Residents are required to report the witch’s whereabouts when they see her, using the town’s very own witch-spotting app.  But for the most part, the people of Black Spring get along just like everyone else.  Until, of course, they don’t.

I won’t spoil the plot for you by going into too much more detail, because this book relies heavily on the slowly unfolding, cumulative effects of the behaviours of certain townsfolk.  And you will get to know the townsfolk, with all their vices, foibles and motivations, as the story flicks between the characters throughout.  There’s the thin blue line of “police” who monitor the town’s many CCTV cameras to ensure the witch isn’t in danger of being discovered by outsiders, the group of teenagers who want nothing more than to throw off the shackles of the witch and have access to unrestricted internet, the local shopkeeper with a difficult past and a soft spot for the witch and a supporting cast that run the gamut of humanity in all its best and most base forms.  At its heart, putting the supernatural aspect aside, Hex is an absorbing exploration of motivations and regrets that will resonate with anyone who has ever wondered what they might do in certain situations when their loved ones are in danger.

One of the interesting things I discovered about this book after finishing it is that not only is it a translation from the original Dutch (I already knew that bit), but the setting has been changed for the English language edition, from a village in Holland to a town in the USA.  While I have mixed feelings about the need to do this, I have to commend the translator, author, editor and whoever else was involved in creating the switch in setting, because the town itself, its environment and history, is such an enormous part of the story.  The setting really drives a lot of the backstory of the witch, so I’m surprised and impressed at how thoroughly the change in setting, and its execution, was managed.

This is one of those stories that, even when it’s creeping you out completely, you still feel compelled to read.  Add to that the fact that I actually slept with the light on once I’d finished reading it and you’ll have a fairly good idea of how deeply this one got under my stony facade.  If you are a fan of books with a pervading atmosphere of latent menace and enjoy the type of horror story in which guessing the ending is almost impossible, then you should definitely get your hands on Hex.

AND TO AID YOU IN GETTING YOUR HANDS ON A COPY, HERE’S A GIVEAWAY!

I am giving away one print copy of Hex by Thomas Olde Heuvelt, thanks to the generous folk at Hachette Australia.  The giveaway is open internationally and will run from the moment this post goes live (NOW!) until midnight on Wednesday the 18th of May (Brisbane time).  To enter, all you have to do is comment on this post and answer the question…

What is the most unexpected place that a witch could pop up?

The winner will be chosen using a random number generator from the pool of eligible comments.